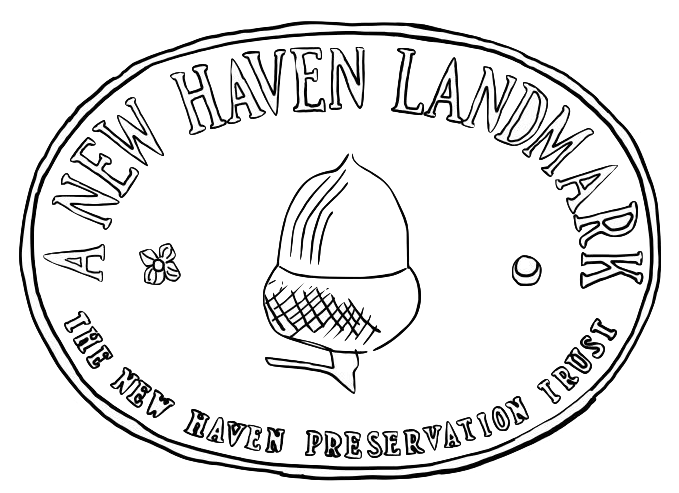 Nearly a decade ago, novelist and editor Ann Marlowe walked into the Institute Library on Chapel Street for the first time. She came in for one of their evening events—“probably one I saw in the paper,” she recalled. Immediately, she knew this was a special place. Now, so many years later, Marlowe is still a dedicated volunteer.

Passing through the library’s wooden doors, it’s hard not to share Marlowe’s fascination. Near the entrance sits a globe so old that Thailand is labeled “Siam.” Propped up on one of the shelves is a series of mounted insects, each painstakingly labeled behind a glass frame: a black swallowtail—Papilio polyxenes—or the green-clouded butterfly, Papilio troilus. Canoe paddles, hand-painted, hang from the ceiling. There are ancient-looking busts wearing surgical masks, an impressive vinyl collection, and posters boasting the subjects of some of the library’s most iconic evening workshops: Taxidermy, Theories in Time Travel, Ultimate Origami.

Muted light filters through the windows into the front room. “This is the place for people who want a rare, quiet space,” said Jan Swiatek, Executive Director of the Institute Library. A loyal group of writers, students, and editors frequent this private membership library, where it is easy to be inspired by its rare collections and rich history.

Founded in 1826, the library was originally called the Young Men’s Institute Library, and served as a center for academic development. “This was a time where you were lucky to get a fifth grade education from public schools,” explained Marlowe.

In response, a group of men pooled their resources and acquired patronage from elders in the New Haven community to found a new library. By 1835, women had joined the membership, and a few years later, the space became a hub for abolitionist activity.

“In the nineteenth century, we were the center of intellectual ferment in the town,” said Marlowe. Despite New Haven’s conservatism at the time, members hosted speakers like Ralph Waldo Emerson, Frederick Douglass, and women’s rights activist Anna E. Dickinson.

Today, the library’s membership is around 220, significantly smaller than it was in the mid-twentieth century, when it peaked at about eight hundred.

“[The library] is not a place with an endowment or a huge financial stream of resources,” said Ott. “It survived, all this time, without attachments to a patron donor. It’s always been supported by the community. And it’s open to all.”

A portion of its income comes from annual membership fees. The cost starts at $30, though some choose to renew their fees up to $135, earning patron membership, to support the library’s mission. Only members can check out books, but the space is free for public use.

Much of the library today remains just as it was in the eighteen-hundreds. Maryann Ott, a member of the Institute Library Board, noticed this the first time she walked in. “Just the way it smelled, the way it looked, the colors, the books, and the people. . . . I felt like I had been transported back in time.”

Although members like Ott are charmed by the library’s shabbiness, its age comes with challenges. Some are common issues: peeling paint and a leaky roof, for instance, which the board just received two million dollars in state funding to fix, largely to cover historical preservation costs. Other problems are less orthodox. The library uses a unique classification system called the Borden System, which was created and implemented by the library’s first professional librarian, William Alanson Borden, in 1887. Maintaining this esoteric categorization is a never-ending challenge.

“We love the Borden system because it’s ours, and it’s historic, and it was born here,” said Swiatek. “But flexibility is not its middle name.”

The librarians still use the original card catalogs to log and organize their thirty thousand books. In the center of the first floor, in a set of drawers, thousands of index cards are divided into twenty-six base classes, each lettered A through Z, with subjects ranging from “Principal Continental Literatures” to “Philology” to “Amusements.”

The Borden System is less specific than the widely-used Dewey Decimal System, created by Melvil Dewey a decade earlier. A book in Dewey’s system is assigned a number–– 741.821, for example. Each place value represents a category: 700 for Arts and Recreation, 40 for Illustration, 1 for Book Illustration, and so on. In Borden’s system, the same book might be labeled “J26,” with the letter representing a category—Fine Arts—and the number representing the subcategory – Illustration. Unlike in Dewey’s system, further subcategorization is arbitrary: archivists often sort further using only a handwritten note or description. One index card at the library, labeled “O5,” includes only the name of the book, “Uses of Diversity,” and a bizarre collection of essay titles: “Questions of Divorce,” “Yule Log and the Democrat,” “More Thoughts on Christmas.”

In 1910, Borden was enlisted by an Indian prince, Maharaja Sayajirao III, to install his classification system in libraries throughout Baroda, a state of the British Raj located in modern-day Gujarat. By 1913, there were only two places in the world that used Borden’s system: the Institute Library in New Haven, and the public library system in Baroda, India.

“I have to tell you, [Borden’s] is not an easy system to understand,” Ott said. “Which is probably why Dewey’s won out over Borden’s.” Eventually, Baroda, too, switched to the Dewey Decimal System.

The Institute Library is less willing to change. Members and volunteers recoil at the mention of making the switch. “Borden was an important librarian,” said Ott, “and [his system] is one of the things that makes us unique.” Seven thousand book titles are digitized, but hand-written index cards are still the primary tools for finding and sorting books. Members like Marlowe are currently working on digitizing the library’s essay collection, though this is no small task.

“Oh, boy, would we love volunteers. We would be able to expand our hours,” Swiatek said. “And we’d love to get more of the books into the computer.”

A dedicated group of members, largely older New Haven residents and avid readers, liven up the library. On Fridays, Frank Cochrane, one of the library’s most active members, leads a weekly jazz night.

“There’s a core group that usually shows up…maybe fifteen to twenty on a busy night,” Swiatek explained. “[Frank] is just so knowledgeable. You just sit for half an hour and listen to him…This week he’s doing the early years of Duke Ellington. ” It’s Frank’s personal vinyl collection that fills the second floor.

At biweekly sewing socials, fashion designers mingle with master beaders and fiber artists, one of which designed the canoe paddles hanging in the main room. There are Story Nights—-sort of “Connecticut’s version of ‘The Moth,’” as Swiatek puts it—and author talks. On Saturdays, the art gallery on the second floor hosts shows. And there’s still more to come: when asked about her favorite community event, Marlowe grinned. “It’s still a secret,” she said—but it’s set to begin in the fall.

Now, reflecting on her first time visiting the library, Marlowe is glad she took a chance on the newspaper advertisement almost ten years prior.

— Meg Buzbee and Anya Razmi are juniors in Pierson College. Meg is also an Associate Editor of The New Journal.