The plain glass door sits between two storefronts on Whalley Avenue, and a sign directs visitors up the gray-carpeted staircase into an L-shaped corridor. Suddenly, his name is everywhere. It’s plastered across posters, running down the spines of books that fill the bookcases lining the walls, and printed beneath his picture, enshrined to the right of the entrance. As soon as you walk into the Church of Scientology of New Haven, you begin to breathe L. Ron Hubbard, founder of Dianetics and Scientology.

Monica Koehler, an employee of the Church, tells me that Scientology means the study of knowledge. Hubbard published his first work in the 1950s and died in 1986, leaving behind a massive body of writings. There are no official leaders of the Church of Scientology—instead, all practices and beliefs are reinforced by Hubbard’s work. Kathryn Lofton, an associate professor of religious studies and professor of American studies at Yale, says there is no area of life that Hubbard did not touch on in his writings, and that practicing Scientology is “a surround-sound experience, where Hubbard is the surround.”

Hubbard condensed his earliest research into the idea of Dianetics, which claims that the mind can be divided into the analytical mind, responsible for rational thought, and the reactive mind, the source of all man’s evil. In moments of pain, the analytical mind shuts down and the reactive mind takes over. Within the reactive mind are engrams, or hidden commands, which are formed during traumatic moments and lay dormant until triggered. Dianetics is the process through which a practitioner can clear the mind of these engrams and lead a pain-free existence.

The church has stood at its Whalley location for the past thirty years, but it will soon be moving to a larger location nearby, to accommodate more worshippers. Koehler could not reveal any specifics as to when the move was occurring, though plans for the move have been in the works since 2005. Koehler said she couldn’t give me an exact number of practitioners in New Haven. It is difficult to quantify the exact number, she emphasized, because some worship at the center, while others practice at home. Worshipping at the center could include attending seminars, meeting with a representative from the center for a Dianetics session, or simply learning more about Scientology. This nebulous definition is consistent with Scientology’s religious structure as a movement; the organization is typically reluctant to publish figures. What is known is that, typically, Scientology has been most appealing to the aspiring middle class and is concentrated in urban areas, like New Haven, Lofton said.

But, according to Koehler, “the way to learn about Scientology is to find out what is true for you.” It does seem contradictory to try to tell the story of Scientology without experiencing it for myself. In an email, she offers me a free trial auditing session. Dianetics teaches that participating in such a session is the first step an individual can take to eliminate the reactive mind.

At the center, Koehler takes me to an isolated room relatively free of posters and books. She sits across from me at a plain white desk. Her soft brown eyes and calming voice add warmth to the oddly unadorned room. She begins by asking me a few questions about my life, and what in particular I want to fix. For Scientology to have an impact on an individual, she says, that individual must be able to recognize an aspect of her life that could improve: “It can’t just work on its own. You have to be the one that wants to change something.” Across the top of a pile of printer paper, Koehler writes my name in large, loopy cursive, and directly under it she writes her own. This begins our auditing session. She tells me to close my eyes, explaining that I am allowed to stop the session at any time.

Auditing sessions are based on the mind’s ability to transport itself back to a particular moment in time. Koehler asks me about my breakfast. Separate from the act of simply remembering, the exercise requires you to relive the experience: to smell the scents, see the surroundings, and hear the noises. The goal of an auditing session, Koehler says, is to isolate engrams in order to reclassify them as memories in the analytical mind.

The idea seems ludicrous to me. I smile as I begin recounting my breakfast experience at Blue State on Wall Street that morning. There was no painful emotion associated with that morning’s breakfast, but Koehler wants to make sure I was comfortable with the techniques of Dianetics before processing a more painful incident. After I relive breakfast two or three times, Koehler asks me if I am ready to move on.

I think back to a time earlier this semester when I felt like my world seemed to be coming down around me. I felt like I was friendless, I hated my classes, and had gotten involved in all the wrong extracurriculars. I felt that no one I had met at Yale had any idea who I really was. She guides me as I relive this sort-of breakdown. She prompts me with questions about how I am feeling, what I am seeing, hearing, and smelling. I recount the memory twice all the way through. It started in Blue State on Wall Street and ended in my common room.

An hour passes. I begin my third recounting. Getting tired and frustrated, I dig the heels of my hands into my eyes and suddenly all I can see is blue. It is a bright royal blue, suddenly extinguishing the blackness that had filled my mind for the last hour. Koehler asks me to describe it, and I tell her was familiar but that I can’t place it. Then I realize it is the blue of the Blue State logo. Shocked, I take my hands away from my eyes, and immediately all I can see is the red of the logo’s text. 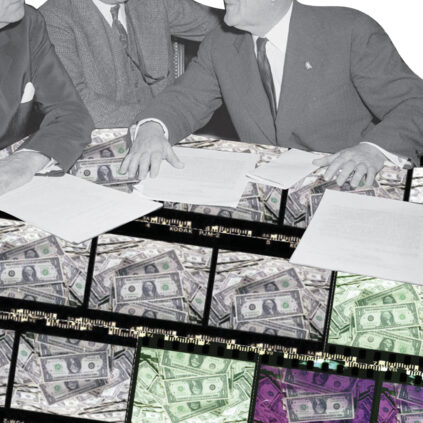