The Case of the Missing Adirondacks 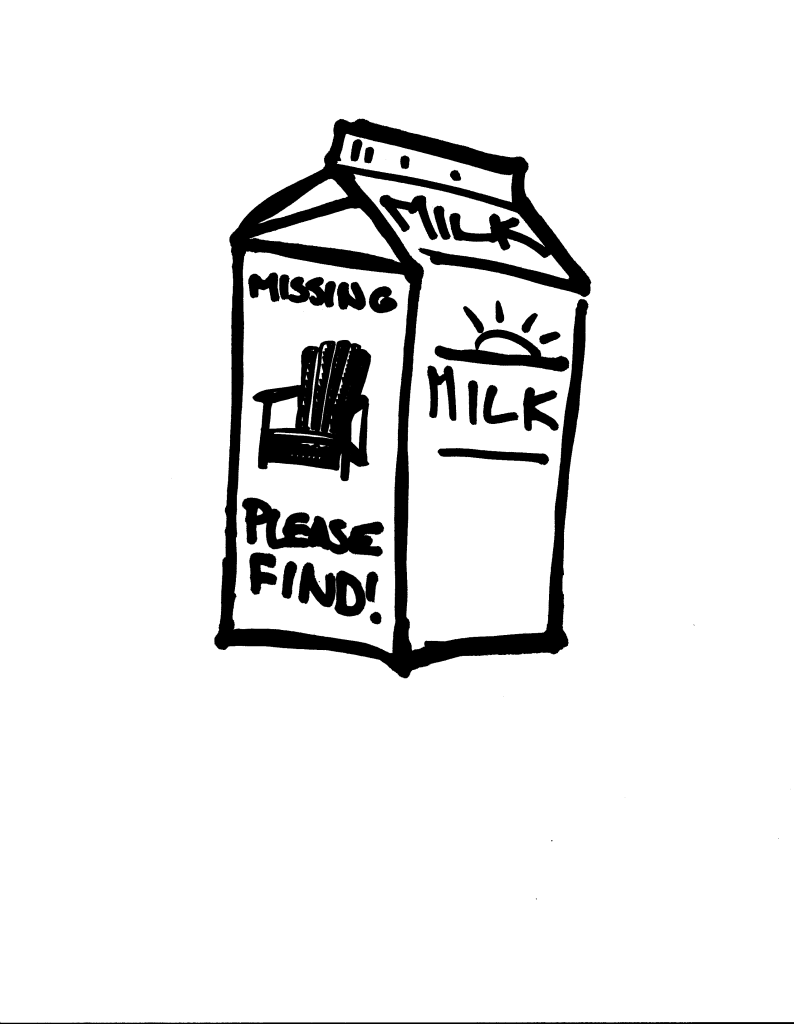 It is cold more often than it is warm in the courtyard of Silliman College. A rectangular plot of grass divided by stone paths and lined on four sides by Georgian, French Renaissance, and Gothic residential buildings, it is a house-and-field setup. It’s a function of the college’s expansive structure, dating from a time when people believed that sod and sun would make you moral. Last year, seventeen Adirondack chairs (eight in chili pepper red and nine in chili pepper green) were placed in the courtyard. But recently, the chairs have started to go missing. At press time, seven remain. SG, the Silliman operations manager, says it has become a problem, which has made the community start asking the necessary questions. Not “who would want to steal these fucking plastic Adirondack chairs?” But “why are they here in the first place?”

But recently, the chairs have started to go missing. At press time, seven remain. SG, the Silliman operations manager, says it has become a problem, which has made the community start asking the necessary questions.

1.
The chairs are designed to accommodate the posture of a reclining middle-aged man. This might be because they were designed by one. The Adirondack chair was invented for use exclusively as a piece of summer home furniture. Though Adirondack chairs were initially made of wood, Silliman’s are of a thick, high quality, lightweight plastic. As a result, they are good conductors of heat in warm weather and can become hazardous to sit in. Regardless, it is cold more than it is warm in the Silliman Courtyard, and there are no summer homes here. The chairs are an example of what may be called an “Institution,” what Professor Elijah Anderson describes in lecture on Wednesday afternoon as “An established way of doing something that effectively outlives its biological inheritance. The way of life persists, and the people involved in it die off and disappear.”1
2.
There is a rumor around Silliman that people have been using the Adirondack chairs for “pants-on sex,” and that the administration removed them in a fit of moral fervor and is now just pretending that the chairs are missing, so that no one will know how afraid of sex the administration really is. The rumor is widely considered untenable, because SG keeps hemorrhaging daily email reminders about the social contract: “Things that are intended to be used in common are not intended for private use.” Presumably he wouldn’t do this if the administration were thieving the chairs. The girl I used to live with, who sometimes ate pizza and drank brandy in the Adirondack chairs while waiting for her rugby man to come home, says she “would do it, no, has done it in the hammock, but never, never in an Adirondack chair.” All of this seems to refute the rumored use of the Adirondack chairs.

There is a rumor around Silliman that people have been using the Adirondack chairs for “pants-on sex,” and that the administration removed them in a fit of moral fervor.

3.
C works in the Silliman dining hall, has worked there for 15+ years, and does not plan on leaving any time soon. Her job is standing at the dining hall’s entrance, running ID cards through a scanner, and sliding a damp rag over tables between meals. C believes the chairs are disappearing because “kids have been drinking,” but does not view their absence as significant. She focuses on the fact that she has “more than most people I know:” a courtyard to walk across and a job on the other side. C is missing a toe and stands all day.
4.
Benjamin Silliman was Yale’s first science professor. He gave the campus some laws of the universe and lent his name to a college built by the Vanderbilt family. Benjamin Silliman collected meteors. As far as I can tell, a meteor is just a really big rock. It is only a meteor because it came to us from space. Although it is hard for us to say precisely where space begins or ends, it was even harder for Benjamin Silliman. When Benjamin Silliman wanted to look at his meteor, he probably took it out of its protective case, held it up to his eyeball, and marveled at holding something of the universe in his palm. To examine it more carefully, he may have had to sit in something like an Adirondack chair. Possibly, we’ve found another use for the chairs in the Silliman courtyard. See: Original Master of the Universe.

In them, you can sit and aspire to something greater, a college more like the one in “Mona Lisa Smile” where Kirsten Dunst fell in love and married a doctor and still found feminism.

5.
In Silliman, it matters when money is spent. There is no winery, or special night of Italian food, or bottle of champagne for every senior. The student cocktail parties are fueled by buttery snacks on paper plates. There are sometimes rats in the basement. These small lackings are exacerbated by relativism, the gauge of life at Yale where everything is judged by what it is not. It is still Yale and grand and all that, but “we don’t have a winery” and “my freshman counselor ran out of the good candy.” So the Adirondack chairs feel new and special. In them, you can sit and aspire to something greater, a college more like the one in “Mona Lisa Smile” where Kirsten Dunst fell in love and married a doctor and still found feminism. It is where everyone walks their dogs and throws their Frisbees and pretends it is warm enough for lawn furniture. It is a vestige, maybe, something to hold onto when the anxious winds of Recession and Political Correctness and Institutional Memory come beating at the gates. This is the Institution’s last pair of real gold earrings: seventeen Adirondack Chairs in chili pepper red and chili pepper green.