Will Nixon·
Points of Departure
·September 2, 2016 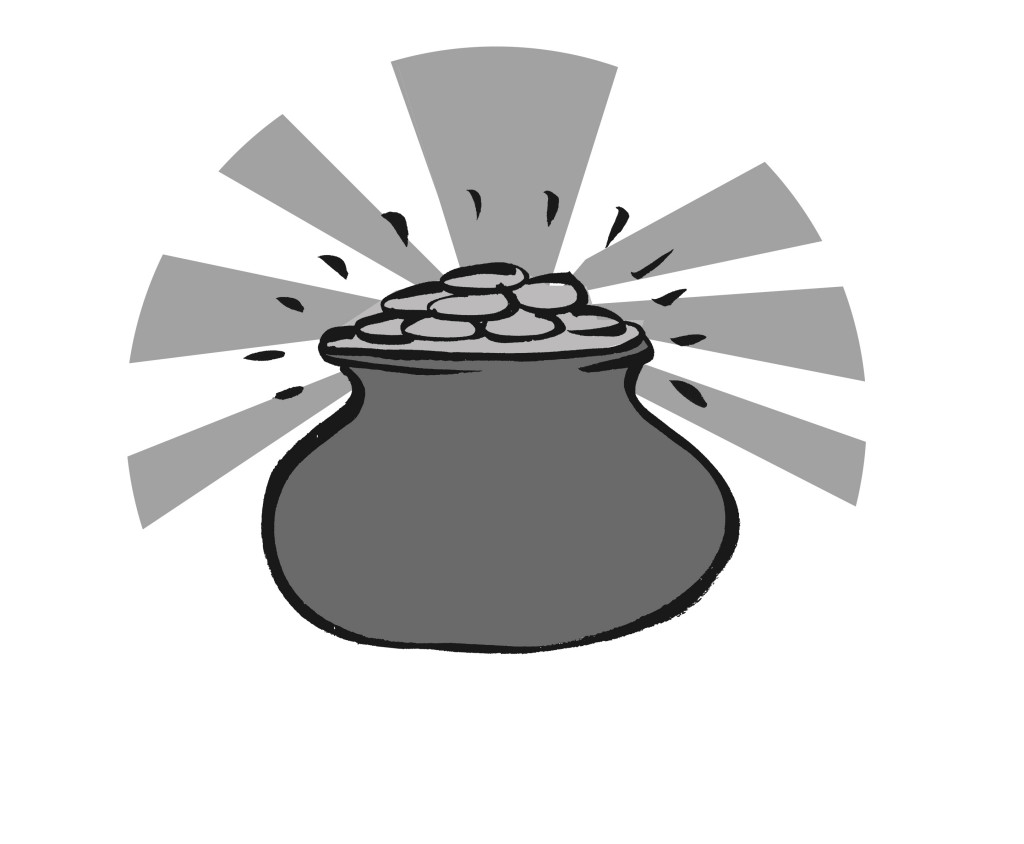 In an antechamber on the second floor of the Quinnipiack Club, a block from the New Haven Green, a group of mostly white adults mingles. One grey-haired, bespectacled gentleman chuckles in khakis and a sport coat. A middle-aged woman in capris and Asics sizes up the thirty-person crowd. Another woman, grinning and alone in an all-turquoise sweat suit, could easily be somebody’s grandmother. When Emily, an actor in a pinstripe skirt suit, enters through a pair of heavy wooden doors with a clipboard, Turquoise Grandma is the first to get in line.

She passes through the antechamber into the oaken Club Library, where the shelved books look worn but staged, as if purchased en masse. In one corner, a digital clock reads “1:30:00” in apocalyptic red digits. An air conditioner hums in the center window. Both chill the otherwise stuffy atmosphere.

Alice—another actor identical to Emily in manner and dress—waits just inside to welcome the crowd into the wood-paneled room. In dignified Queen’s English, Alice asks Turquoise Grandma: “Benefactor or Silent Witness?”

“Thank you for your contribution. You are now a Player,” Alice responds, seating her accordingly.

Players are arranged in one of four rows of commanding, green leather chairs, two along each side of the long wooden table at the center of the musty library, while Silent Witnesses sit in the four rows of folding chairs perpendicular to the action. Once the Players and Witnesses have been segregated, Alice explains the rules and emergency exit procedures with the sterile friendliness of a flight attendant, down to the open-palm hand gestures and ascot. Emily waits by the beverage cart. (There will be free wine after.)

The Benefactors have ninety minutes to unanimously decide—via signed contract—how to spend their $300 of that evening’s gross ticket revenue. (Benefactors pay $20 while Silent Witnesses pay $35, perhaps to encourage participants.) The Silent Witnesses silently witness, unless they ring a brass bell and cough up an additional $20 for a seat at the table and, thus, a voice. Benefactors can tap out, too, to the resonant chime of a small gong on a side table. Should the group of Benefactors fail to allocate their funds unanimously in the time allotted by the clock counting down in the corner, the entire pile of cash turns over to the next day’s council.

This semi-parliamentary pomp and circumstance constitutes The Money, an interactive theatrical experience imported from British production company Kaleider and performed daily for a full week beginning on June 18 for New Haven’s annual International Festival of Arts and Ideas. The show, or game, or simulated oligarchy, is equal parts artful theater and social experiment, though the project’s conceiver and Kaleider’s Artistic Director, Seth Honnor, insists he feels no moral or ethical obligation as to how the money should be spent. Despite the fact that every group of Benefactors present in New Haven for The Money’s American premiere unanimously voted to support a charitable cause, Honnor appreciates those rare and brave suggestions that veer towards self-interest.

But as electric red seconds tick away on the clock and the cash leers expectantly at the donors, “frivolity”—as one woman labeled self-serving expenditures like bar tabs and free pizza—finds no place at the table. One woman anted up on Friday’s show with an offer to match ten dollars a head if she could keep half the new total and invest in a Colorado marijuana farm. (The original total was $420.) Other players shouted her down before pausing to do the math.

Honnor said the responsibility he forced on Benefactors kept him up at night. But nobody’s forcing anything on anyone, of course; it’s all a game that people have paid to attend. It’s an immersive work of theatrical art, one in which the actors’ desire to demonstrate their moral rectitude by advocating for the worthiest charitable cause feels similar to the performances of generosity staged by major philanthropists: Mark Zuckerberg, for example, announced his $100 million donation to Newark Public Schools on the Oprah Show. The trick of the production is that the participants don’t seem to realize that they’re acting.

“Everything we do in that space is elastic, but there’s nothing that’s not considered,” Honnor notes, from the vaguely suggestive language of the tabletop Rule Book (the qualification that Players should be “visionary” was added mid-run in New Haven), to Alice’s seating process, to the deafening effect of the air conditioner. “They don’t even know when they’ve moved into the system.”

On Friday, the first few seconds crawl by silently. One of the Players, the middle aged woman in Asics, picks up the Rule Book before her and reads aloud. Then, the Players hold a brief vote, and each one’s primary suggestions are recorded. (Someone always takes notes in America, Honnor says). Forty-five minutes later, at the halfway point, Peter—the Player in the coat—buys his way into the center and pitches a brand new charitable initiative he’s named “Books and Bears.” Inspired by the sight of a child whose guardian was among the victims of the previous day’s wave of heroin overdoses—the cause of three deaths—Peter, a former Ward 8 Alderman, sought to establish an organization that would supply care packages to young children in the protective custody of law enforcement. Looking to inspire his less passionate fellow Benefactors, he argued against local homeless shelter Columbus House and the vague sentiment of “giving back to Arts & Ideas.” Well-spoken and emotional, Peter was accused of having an agenda. He fought back. “It’s seed money for a dream,” he insisted.

Making his way towards the door later, carrying $440 in cash, Peter surprised everyone with a confession. His eloquent pitch was made on impulse. He found the early conversation to be “vaporous, liberal, do-goody shit,” and wanted to fight for a specific cause that had affected him deeply. The Money acts as a petri dish for performed selflessness to flourish, for a microcosm of society—or at least those who can afford the tickets—to push and pull in search of consensus. As Peter left with the cash and a new assignment, he griped, “My wife is going to kill me.”

Later that night, as Alice and Emily ushered the remaining guests out of the Library, two local elementary school students still disagreed. Theo and Ripley, the youngest ever players of The Money, reflected on the group’s ultimately unanimous decision to split the money between oral surgery charity Operation Smile and a devised wealth-sharing program the group called “Dollars at the DMV.” If given sole control, Ripley admitted she’d keep the money for herself. Theo insisted he’d give it away.

Zoe, a professor at the School of Management who teaches negotiation, and Jen, Chief Inspiration Officer at an independent consulting firm, attempted to bridge the gap between their children. They offered a suggestion discussed in that night’s game, though it was ultimately vetoed: “Who wants to go hide some origami dollars on the Green?” A type of charity, perhaps, but an ornate one.