Behind the parking lot of Career High School, underneath a tree towards the back of a small plot of cultivated land, fifteen people are seated in a circle, their eyes shut. A car drives by; occasionally, voices drift over from the street. A woman, alternating between English and Spanish, leads the group in a guided meditation, drawing their attention to different aspects of their surroundings. Past the circle of chairs, there are rows of lettuces, cucumbers, carrots, trellised tomatoes, and piles of fresh soil. This is the Hill North Farm, opened by New Haven Farms this past May.

New Haven Farms is a nonprofit started in 2012 to improve community health through urban agriculture. Hill North Farm is the organization’s eighth urban farm, but their first in the Hill, one of New Haven’s lower-income neighborhoods. Currently, they’re running a free, twelve-week bilingual wellness program focused on preventing diabetes and other diet-related chronic diseases. The program follows a national curriculum created by the Centers for Disease Control and Prevention, but with a farm-based focus.

Following meditation, the fifteen people present will spend a half hour working on the farm, harvesting the food that they’ll later take home. The bulk of the program, however, consists of a class led by Celin Garcia, a bilingual nutritionist.

Garcia begins by checking on each participant’s progress. Many seem hesitant to share. “I’m doing good,” a man dressed in all blue murmurs, nodding.

A woman smiles shyly. In Spanish, she reveals that in the eight weeks since the program started, she’s been exercising daily and feeling healthy. Just a few days before, she went off her diabetes medication entirely. The group applauds.

“Well, I spent Saturday and Sunday in the hospital,” offers an elderly white woman, gripping a cane. “But I feel better today. And I’ve come up with a great recipe for chicken and brown rice soup.”

Participants are referred to the Hill North program by their healthcare providers.

In order to qualify, they must have one risk factor—such as obesity, high cholesterol, pre-diabetes, or elevated blood sugar—and their income must fall below twice the poverty line. Beyond that, there is also a certain amount of self-selection: it’s up to the patients to find time in their schedules and come each week.

“It would be a lot easier to just go buy a sandwich,” a man said to me after the program. “But I’m here, and as long as I’m here, I’m gonna try to put healthy food in my body.”

Comprised primarily of African-American and Latino families, the Hill is cut off from the rest of New Haven by the Oak Street Connector, a one-mile segment of Route 34 built in the 1960s era of urban renewal. This barrier has had countless damaging effects on the neighborhood over the years including, crucially, a lack of access to healthy food.

Large grocery stores are non-existent in the Hill. There are lots of corner stores and bodegas, which sell almost exclusively processed foods: chips, candy, soda. For many, fresh and healthy food is far away; in 2015, the Community Alliance for Research and Engagement completed a survey on health in New Haven, and reported that 35 percent of residents in low-income neighborhoods and 50 percent of Hispanic and Latino residents had experienced food insecurity in the past year.

New Haven Farms seeks to increase access to food for and improve the health of the Hill’s poorer residents. Liz Marsh, Program Director at the Hill North Farm, emphasizes that education cannot stand alone. “Yes, you can tell people that they need to eat healthy,” she says. “But if you don’t give them food or provide ways for them to grow or obtain their own food, then they’re not going to be able to be healthier.”

The farm’s focus isn’t limited to providing resources. “Culture is the biggest influence on people’s eating habits, and you learn eating habits from a really young age,” says Marsh. “And so, if you’re going to talk about food and changing your habits, you have to talk about culture.”

Participants often describe the struggle of integrating healthy food habits into their own food customs. “My whole life, I’ve gone to the grocery store and bought a twenty-pound bag of rice to make rice and beans,” one woman says, and others nod. “But I’m trying to find other ways to feed my kids.”

Across the street from the Hill North Farm is the Hill North Community Garden, which is run by the New Haven Land Trust in partnership with the Connecticut Mental Health Clinic. The garden stands at the corner of Sylvan Avenue and Asylum Street; spaced throughout it are raised beds filled with ripening produce, hoses connecting one to the next. It is a picture of what the Hill North Farm could be, in time. Geanine Peck, the clinic’s Associate Director of Acute Services, started the garden four years ago with the purpose of creating a public greenspace for the clinic’s patients in addition to the greater community.

The garden is always open, and visitors can take as much food as they like. Community members specifically requested many of the crops now growing in the garden, including cabbages, pumpkins, gandules (a type of legume, often served with rice in Puerto Rican cuisine), and collard and mustard greens.

Since the garden’s creation, Peck has started several different programs for CMHC’s patients, and has run workshops for the larger community about growing and preparing food.

“When we first started, people would come here and pull entire plants out of the beds, or they’d take food long before it was ripe,” Peck says, leading me through the garden. “Food insecurity around here is so extreme. People were afraid there wouldn’t be anything left for them if they waited for the food to ripen.”

In future years, graduates of the Hill North program will have the option to grow food in their own garden plots, using the skills that they learned during the program. New Haven Farms will provide each with a 4’ by 8’ plant bed, along with compost, seeds, seedlings, and a water source. They’ll have free reign to grow whatever they like.

As we leave the community garden, a man leaves his plot to introduce himself to me. “I live across the street, and I watch over this place,” he says. “Yeah—I guess you could say it’s sort of ours now.” 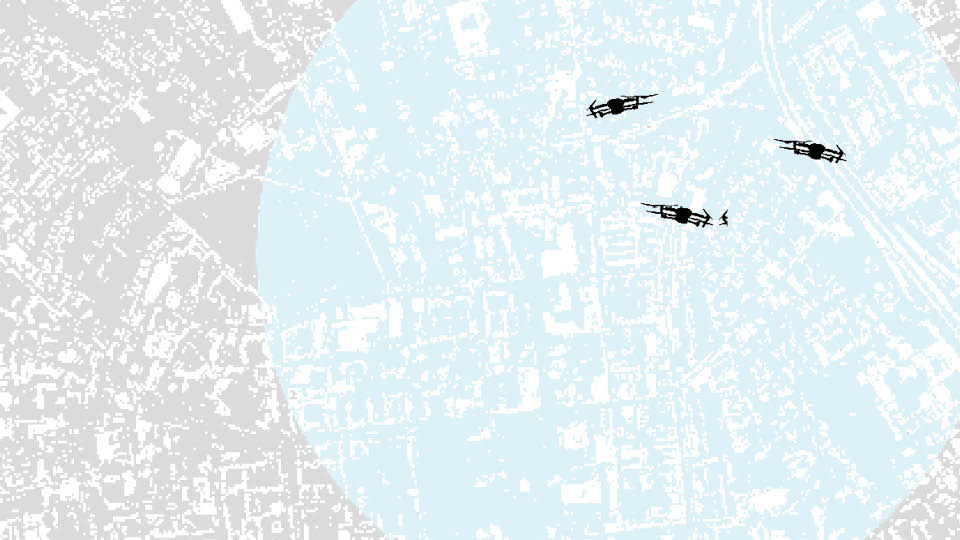 Cloudy with a Chance of Chocolate