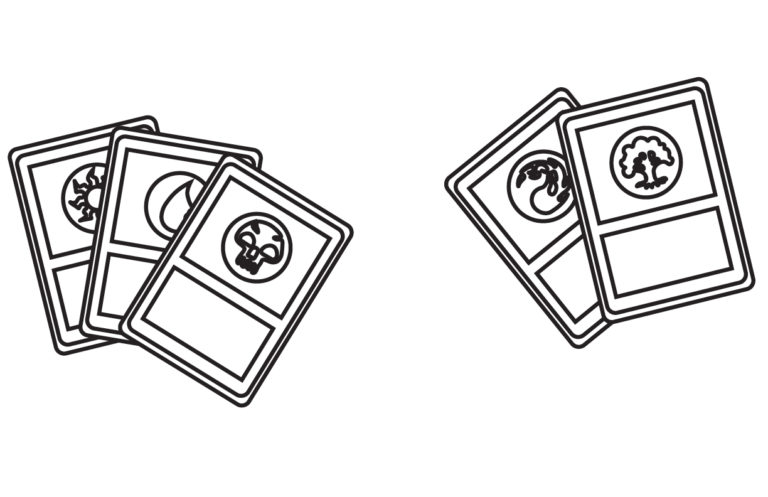 A Mage in the Making

The swarthy Hero of Iroas scowled, swept back his crimson cape, and put up his fists. Kytheon’s Irregulars drew their swords. The demonic Master of the Feast rose on his bat’s wings. Cameron surveyed his army, considered his odds, and called for a frontal assault. In that moment, I knew that I had him. It was a small mistake: a slight overextension of his forces, a bit of cockiness from an experienced mage who was certain his amateur adversary wouldn’t notice a blunder. But this was Magic: The Gathering — a trading card game where victory is often decided by the smallest of margins. Even a small mistake could be fatal.

We were in Elm City Games, the city’s haven for Magic. When the first edition of the game was released in 1993, it was merely a fast-paced alternative to traditional roleplaying games such as Dungeons and Dragons, but now the most valuable Magic cards fetch prices as high as $27,000, the best players sometimes live off their tournament earnings, and the game’s dilettantes number more than twenty million around the world. On many Friday and Saturday nights, ECG becomes what Brandon Patton, a frequent patron, calls an “oasis for misfits” –– a gathering place for professionals who take a trading card game far too seriously and for amateurs entranced by the metal mountains of Mirrodin, the vampire-infested bogs of Innistrad, and the shoguns of Kamigawa.

My opponent was, at once, an aspiring doctor who played Magic with surgical precision and a mighty wizard called a planeswalker who could call on both the pure mana of the steppe and the necromancy of the swamp. Cameron was muscular, collected, confident –– not at all like the gangly gamers who usually frequent comic book stores and play Magic only after abandoning more macho pastimes such as Trivial Pursuit or Dungeons and Dragons. I had just watched him dismember his last opponent, dominating two games before I had finished one. I hadn’t played seriously in three years –– Magic doesn’t easily fit into a Yale schedule  –– and Cameron must have sensed my ineptness before we even began playing, simply from the clumsy way I shuffled my deck of cards. But none of that mattered anymore. I knew that I had him.

I drew a card, summoned a Seismic Elemental, then pushed all four of my creatures forward: the dragon, the elemental, and the two goblins  –– too many for him to block with three of his creatures recovering from their recent charge and enough to finish him if they all landed their attacks. Silence hung over the table. And for the first time that night, I saw the Magic –– not the cards on the table, not the two young men craned over them in a noisy store smelling of fresh paint and body odor, but instead the two planeswalkers facing off on opposite ends of a charred steppe, the dragon with iron scales burning a hole in the dark sky, the elemental burrowing under the earth, the junior wizard inspecting his forces with a triumphant smirk, and the senior wizard clutching his staff, mumbling a futile counter-spell, his expression dazed, disbelieving, defeated.

Smiling slightly, Cameron reached out over the table, pointed to Kytheon’s Irregulars, and told me he was tapping my dragon.

“You’re what?” I said, glancing nervously at the irregulars. “I’m tapping your dragon,” he repeated. And there it was: a thin line of unremarkable text on the Kytheon’s Irregulars card that I had entirely forgotten. For two white mana, he could put any of my creatures to sleep. My dragon, overcome by a bout of uncharacteristic fatigue, fell out of the sky and decided to take a nap.

My two goblins and my elemental, now leaderless, threw their pathetic spears and boulders at the opposing planeswalker. And then Cameron’s demon darkened the sky and his irregulars stormed over the plain and he had me.

The game was over, the Magic was broken, and I leaned back from the table, biting my lip. At least I had made it close. The next game was not close. At times I found my eyes drifting away from the card table to the store surrounding us. It was a game shop on Chapel Street, not far from the Green, with the convivial atmosphere of a secluded café. It had high ceilings, round playing tables, and row after row of board games, bags of twenty-sided die, and roleplaying rulebooks for Pathfinder, Dark Heresy, and three separate editions of Dungeons and Dragons lining the walls.

Elm City Games opened a little over two years ago. Trish Loter and Matt Fantastic, its two owners, make a strong effort to promote a welcoming culture. “Magic, for us, is a passion, a labor of love,” Loter told me. “We don’t make a lot of money from Magic –– it’s one of our smallest margins. We do it because we like it.” On this night, there were only four of us in the store: Cameron, myself, a longtime player named Anthony (experienced enough to lose to Cameron stoically), and a new player named Robert, who angrily forfeited his game against Cameron on the third turn, stormed away, and declared that playing against him was “like trying to arm-wrestle with Mr. T.”

Mr. T smiled at me good-naturedly after pinning my arm in the second game. A match was best two-out-of-three, so we were finished, and in the lull that followed I found myself thinking for the first time that night about the problem sets I had to finish, and the book I had to read, and the article I had to write by Sunday. Cameron turned back to me and suggested we play another game with different decks. He is a medical student at Quinnipiac and doubtless had unwritten papers and unstudied flashcards in his world as well. But on this evening, he was not in that world. On this evening, he and I were planeswalkers –– powerful mages who were never tired or dispirited, who could flit effortlessly between alien realms, who had scoffed at the false gods of Theros and overpowered the titanic Eldrazi of Zendikar. Relaxing again, I drew my seven cards, considered my options, and told Cameron I was playing a Goblin Lackey.

— Henry Reichard is a junior in Silliman College.