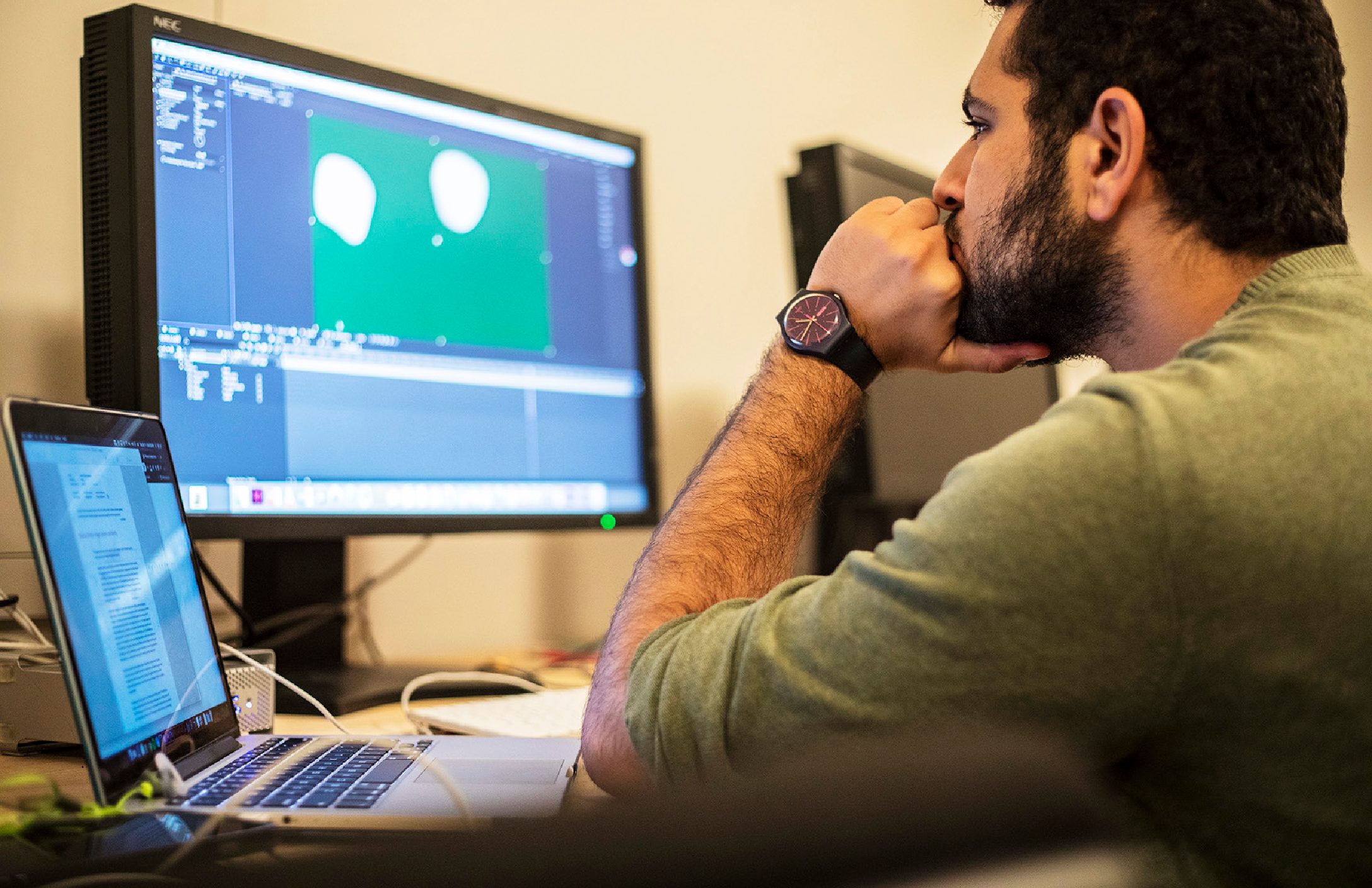 This fall, Adam Moftah’s expenses added up quickly. He spent $15 Xeroxing old graphic designs to make new compositions for a project. Then, after he turned the project in, he learned from his professor that he’d approached the assignment incorrectly, and would have to start anew. Meanwhile, he had two credit card bills due soon — nearly $200 for books, school supplies, and other expenses from the start of the semester.

For Moftah, a senior from New York City, majoring in art hasn’t come cheap. He estimates he has spent at least $1,000 over the past four years on materials and printing fees. One course cost him $650 alone. One of the main expenses art students face is paying for materials, which, unlike textbooks, cannot be rented or downloaded as a PDF online. For students who are financially secure, then, taking an art class may require only shelling out a couple hundred dollars more. But for students who, like Moftah, receive nearly full financial aid, the extra financial burden can mean the difference between paying bills on time and taking on debt.

Recently, Moftah has started combining coding and art to explore virtual reality. Currently, although he is an undergraduate, he works as a graduate fellow at the Center for Collaborative Arts and Media (CCAM). This past August, Moftah’s work with virtual reality was exhibited in a virtual gallery maze at the CCAM called “Labyrinths.” He hopes to graduate with a job at an advertising or marketing firm, or at an art studio.

But at Yale, financial strain has affected Moftah’s creativity, he says. In trying to buy the cheapest materials and use as little as possible, Moftah says, you’re “basically reducing your experimental ambitions.” Now, he’s starting to take more digital video courses instead of graphic design courses because digital courses don’t charge additional fees to students.

The Yale School of Art offers classes to both undergraduates and Masters of Fine Arts graduate students. At the undergraduate level, courses typically require about $150 in course fees, paid directly to professors to cover communal supplies, visits from guest speakers, and transportation costs for field trips. These fees don’t include the cost of textbooks or materials fees.

Art students pay course fees once they turn in their schedules, weeks after paying tuition. As a result, these fees are not calculated in students’ cost of attendance, or in financial aid scholarships. To help art students finance summer opportunities abroad or at work, the School of Art offers the Robert Reed Scholarship Fund, but it does not provide scholarships to cover costs incurred during the academic year.

Director of Undergraduate Studies in Art Lisa Kereszi says that over the past few years, art students have frequently come to her for help with course fees –– so often that Assistant Dean for the Arts Kate Krier decided to buy cameras for students to borrow from the Cushing/Whitney Medical Library Circulation Desk, near the School of Art. Previously, the desk had only offered help with laptops.

Still, Kereszi admits, “I can do very little, honestly. And I don’t know if my students now feel resentful.” When a student comes to Kereszi, she suggests that they ask their head of college or financial aid officer if a portion of their financial aid can be applied directly to course fees.

This year, Moftah received $600 in addition to the $60,887 he typically receives in his financial aid package. The grant was labeled “Supplemental Allowance,” funds Yale projected he would need for “senior expenses.” In years past, with no additional funding, Moftah had resorted to working up to three campus jobs during the semester ranging from shelving books in Sterling Memorial Library to modeling nude for other art classes.

Sometimes, professors try to help. Hazal Özgür is a junior art major from Turkey. Özgür says that an art professor once offered to pay for her materials, but she didn’t take him up on it. “I was like, ‘Nah, I can do this, don’t worry.’ Because I’ve been doing this anyway, $50 isn’t going to solve my problems.” While Özgür praised her professor’s kindness, she does not feel comfortable accepting money from faculty. “It’s a sticky situation to be in,” she said.

As a professor, Kereszi typically uses course fees to fund field trips to museums and host guest critics or lecturers. In early October, Kereszi took two of her classes to New York City and used the course fees to pay for her students’ train tickets, metro cards, and museum tickets. While she realizes that these fees are an extra burden on students — Kereszi was a low-income art major herself — she says that trips like these are necessary for a quality art education.

Beyond course fees, there are still more hurdles. Traditionally, juniors who are art majors have worked in studio spaces in the sculpture building, but due to the recent growth in the number of art majors, juniors were not offered studios this year. While some of her wealthier friends rented spaces in New Haven, which can cost $600 each month, Özgür didn’t have the money to do so. Working in her apartment isn’t an option for Özgür; it’s small enough to trap toxic paint fumes. For now, she can’t afford to buy canvases, so she can’t tackle her artistic specialty — large scale paintings. In fact, Özgür is currently working on only one piece, since she lacks the money to do more.

“No one really talks about these issues in the School of Art, and in this major in general,” she said. “It’s sort of like an unspoken thing. Because [majoring in art] implies that you know what you’re getting yourself into. It’s like, ‘We’re not forcing you to do this, you’re choosing this for yourself.’”

Kerezsi acknowledges that this dynamic is an issue. “I know how hard it is to go to a wealthy school and be one of the students who’s a ‘scholarship kid,’” Kerezsi says. “It’s really important to me that one of the many ways Yale is diverse is class.”

Meanwhile, Moftah says that being asked to re-do his graphic design project was an informative experience. Now, when he works on projects, he is forced to account for the financial uncertainty that accompanies doing art at Yale and contend with his steep printing costs. Creating art, for him, is no longer exploratory. “There’s pressure to be doing well. Part of doing well is figuring out printing, and part of doing that is having a lot of money to spend on printing,” he said. “I need to figure this out sooner. I can’t be as experimental; I have to be more deliberate.”

— Zola Canady is a first-year in Trumbull College.