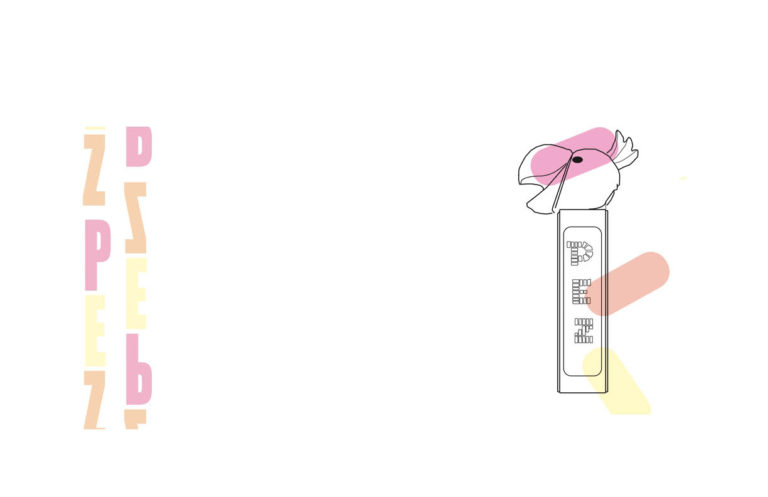 The Secret Life of PEZ

Robert Scaramuccia·
Points of Departure
·May 1, 2019

Just west of Yale’s West Campus, past the condo complex and the Restaurant Depot on Edison Road, past the candy roll-shaped signs blaring “PEZ PEZ PEZ” at oncoming traffic, past the glass ticket booth where you exchange five-dollars-plus-tax for a raspberry-red lanyard and a construction-paper I.D. designating you as an “Adult $5.00,” is a pedestal. On that pedestal, which rises to a height you’d consider chest-high if you were a Child 3-12 $4.00 instead of an Adult $5.00, is a round blue button. If you press that button, nothing happens.

Then, out of nowhere, from the top of what you assumed was just a blue load- bearing pillar, a giant baseball-capped head lurches backward, revealing, where its neck should be, a massive hole, out of which emerges the largest piece of PEZ candy you’ve ever seen, a veritable bathtub that looks like it’s going to plop out of the pillar and pulverize you. The tub teeters, half-ejected, holding your life in its candied hands. Then it retreats back into its hole, shrouded by the blue-billed head that returns to its pike with a knowing smirk.

That’s how I meet PEZ Boy, who, at fourteen feet tall, is the largest PEZ dispenser in the world. He’s one of the main attractions at the PEZ Visitor Center in Orange, Connecticut, which abuts the only PEZ factory in North America. After we meet, I stuff my identification card in my pocket and try to blend into the crowd of families and expert PEZHeads who have decided to spend their Saturday afternoons at a candy museum.

In 1927, Eduard Haas III of Austria began marketing his PfeffErminZ, or peppermints, as alternatives to smoking. In the 1950s, PEZ-Haas, Inc. got out of the adult breath mint business, got into the kids’ candy business, and moved its headquarters to New York City. PEZ bricks, like Tic Tacs and Werther’s Originals, look more at home in medicine cabinets than in plastic pumpkin heads, and yet Americans now eat three billion of them a year. To satiate that demand, the company has developed cutting-edge flavors like Coffee, Chlorophyll, Menthol/ Eucalyptus, and Yogurt. Of course, the candies have always played second fiddle to their containers, the Batman-, Mickey Mouse-, and Santa Claus-headed dispensers first introduced by Oscar Uxa at the 1948 Vienna Trade Fair. Flick the kicker on the nape of Batman’s neck and out comes chalky candy stored in the stem where his body should be.

The Orange factory opened in 1974. Its Visitor Center came along in 2011, after professional PEZ historian Shawn Peterson, voted 2010’s PEZHead of the Year by previous winners, convinced PEZ’s CEO to open a four-thousand-square-foot museum in the middle of suburban Connecticut. Peterson, now the center’s business manager, filled its exhibits with dispensers from his personal collection.

By oppressors, I mean a) the children who are surprisingly excited about moderately edible chalk contained in non-edible plastic, and b) their parents, who presumably fondly remember the same chalk and plastic from their childhoods. One guy, who has clearly been to the Visitor Center multiple times, gives two women the grand tour, dropping impressive amounts of PEZ knowledge and asking questions like, “Did you see the little winking Pikachu?” If I were part of the PEZHeads Email Discussion Group—the PEZ equivalent of the Electoral College—I’d vote for him to be April’s PEZHead of the Month.

It’s immediately obvious, meanwhile, that I’m bad at PEZ. I don’t know a spine from a sleeve, or a leaf spring from a plastic hinge pin. I score an eleven out of twenty on the interactive PEZ trivia game. I reach the back-corner eleVader (named for the foot-tall Darth Vader surveilling the entrance), read its instructions (“Step 1: Raise your arms. Step 2: Say ‘Weeeee!’”), consider myself unworthy, and walk to the other side of the museum to take the stairs.

Somewhere by the second-floor sign asking, “How many grasshoppers tall are you?” it dawns on me that not only am I bad at PEZ, but I will also never, ever, be good at PEZ. I’ll never be a PEZHead. I don’t have the nostalgia, the tinkering mindset, or the self-con dence required to go around telling people you collect decapitated snowmen, Supermen, and Rutherford B. Hayeses. Like any good American Studies major, I compensate by turning insignificant details into thesis sentences like: “The generally phallic appearance of the ‘Naughty Neil’ dispenser, coupled with suggestive Visitor Center advertising slogans like ‘The candy with a playmate!,’ suggests a penile obsession at the heart of American corporate capitalism.”

None of which helps me when I try to buy Captain Marvel dispensers from the laid-back gift shop clerk. “Are you just here to buy things today?” he asks, with all the coolness reserved for people who stand three feet from Secret Life of PetsTM memorabilia. Overwhelmed, I answer “yes,” even though my journey through the museum makes the answer a clear “no,” which in turn makes it weird when I pull out my Adult $5.00 museum I.D. to take advantage of the $2.00 credit on all same-day gift shop purchases. The guy stares straight through me to the kicker on the nape of my neck and says, “Oh, so you weren’t just here for the store,” which I parry with something like “yeah,” to which he responds with something like “O.K.” while bringing the price of ve dispensers down to a trim $8.45.

I escape the center and wait for my Uber at the PEZ- colored picnic tables by the parking lot. A kid of about kindergarten age waits impatiently for his mom to snap a family photo underneath the “PEZ PEZ PEZ” sign, then darts toward the front entrance. Once his dad gets off his phone and opens the door to the lobby, the kid shouts, “Whoaaaa! There’s a PEZ bench!”

“No wayyy!” his mom yells back, mock-excited, while throwing something away by the tables. As my Uber driver asks me if I’m just getting off work at the factory, and further asks me if I’d like to join his free-or-reduced-price home energy scheme, I imagine the kid reacting to PEZ Boy. I start to wish I were less like his parents, and more like him.

—Robert Scaramuccia is a senior in Trumbull College.